ScreenPLAY is a social enterprise. We believe in enabling and empowering people through arts activity.

Giving people a voice, through film and arts projects helps develop life skills, confidence and self esteem while reducing exclusion and inequality. Young people become more active partners in their own education, developing knowledge for later life. The people we work with are at the heart of our films, making a difference to their schools, neighbourhoods and wider communities. The range of our work has grown to include making seafront banners with children in schools, an immersive ‘healing journey’ in a remote Dorset landscape using mobile digital technologies. Our projects create a sense of place in which those taking part become co-creators of the work.

ScreenPLAY works with young people to give them the digital skills they need for work, for their future education and for 21st century life. Our Silver Arts Award in Film and Digital production - hailed as an ‘excellent series of high quality arts experiences’ - offers young people a level 2 GCSE A-C equivalent qualification read more

The techniques at the heart of our work are what we call our ‘dramatherapy approach’ to filmmaking, developed by ScreenPLAY Co-director Sharon Hayden who is a practicising dramatherapist registered with the Health and Care Professions Council. Using skilled facilitators, we create a safe space for participants and enable them to tell their stories through drama, art and film.

The need for our work with young people is well supported by academic research. Emotional health in childhood is the most important contributing factor in young people’s future satisfaction and happiness in life, according to Professor Richard Layard and the Wellbeing research project at the London School of Economics (What Predicts a Successful Life - A Life-Course model of Well-being, Economic Journal Nov 2014).

ScreenPLAY has delivered several projects in partnership with Jigsaw PSHE, developers of the Jigsaw scheme of social and emotional learning for primary and secondary schools.
"We wanted to give you the idea that you are not watching it - you are part of the story."
Tia - Jigsaw Jenie My Hero

Rites of Way with Mr Hardy

Come with us on a wellbeing journey through the woods at Thomas Hardy’s Birthplace. Point your phone camera at the QR code and click to listen. Let Hardy’s words and the Celtic tree tales heighten your feelings about this extraordinary place.
more… 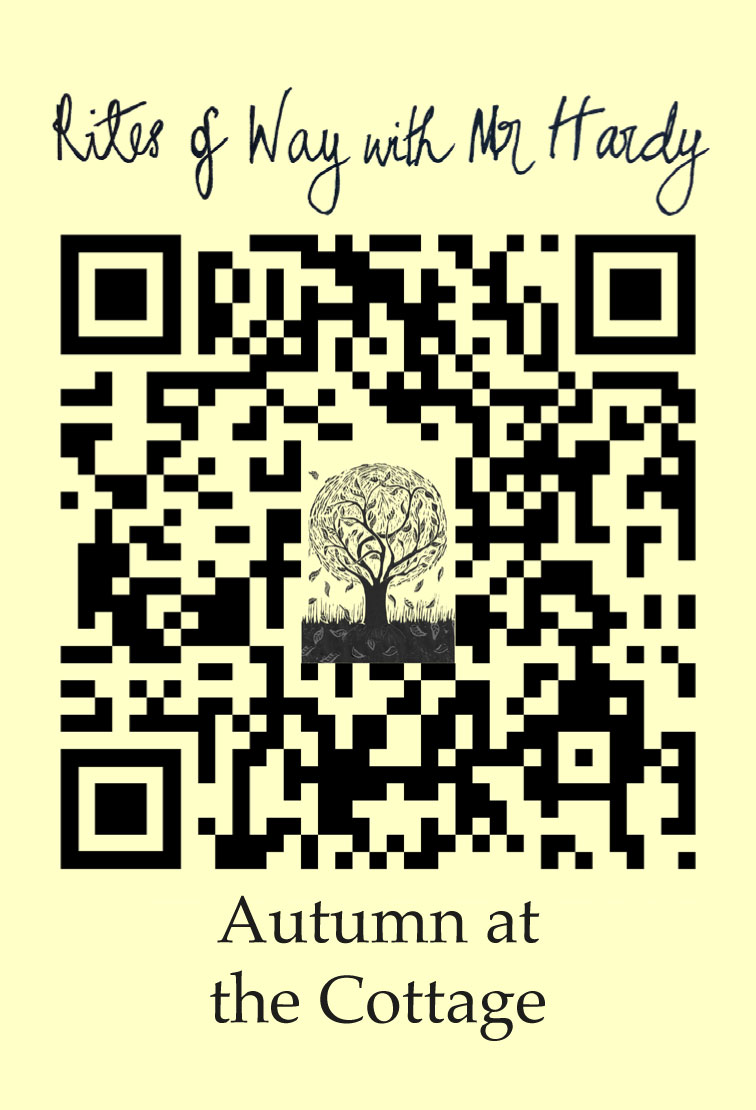 Streaming now - a new co-production between ScreenPLAY and State of Play Arts: Aftermath - in the Wake of War.

The drama, filmed in and around Deans Court House, Wimborne tells of the physical and mental legacy of war through four WW1 survivors. It is based on real lives researched through stories from relatives, diaries and archives.

“We originally planned for screenings in Wimborne History Festival and across Dorset but with the closure of venues, we put it online for everybody,” explained filmmaker Alastair Nisbet.

Main character Sir “Jack” Hanham, (Jake Baker) who got a taste of life in the trenches while filming as a background actor in cinema blockbuster 1917 on Salisbury Plain in 2019.

“Jack is physically healed from his wounds but mentally still damaged. In his diary in Dorset History Centre he writes the same thing every day over and over as though his mind is stuck,” Jake explains.

“He had what we would call PTSD and as he starts to recover he writes poetry. His poems are his therapy. He writes about the garden - the circling trees and clamorous rooks - but what he is really writing about is the war.”

Aftermath, written by Gill Horitz and Tony Horitz is a State of Play Arts and ScreenPLAY co-production for the Priest’s House Museum in Wimborne, funded by the Heritage Lottery.

Find a QR code in Thorncombe Woods (or click here!) and let Thomas Hardy’s words and the Celtic tree tales heighten your feelings about this place. Thank you Lottery Players for making it possible @HeritageFundUK https://t.co/p5gqo7rHAk

Or you can start with our interactive map - click on a location, relax and listen. Let Thomas Hardy’s words and the Celtic tree tales heighten your feelings about this place. Thank you Lottery Players for making it possible https://t.co/bWlKXWyMRc @hardysociety @shascreenplay

In 2020 ScreenPLAY led 23 artists and actors making films for displays in the new #MuseumofEastDorset. We brought to life colourful characters from the building’s past with everyday stories of their lives and in lockdown we made films about Dorset for the Landscape Gallery pic.twitter.com/Qam3ykjcW8

Master builder John Mitchell changed the face of Wimborne in the 1760s and when apprentice Thomas disappeared, he put an ad in the paper. That's how we know about him. See John, played by actor Barry Gunner at the new #MuseumofEastDorset @priesthouse @wimbornebid @journalupdate pic.twitter.com/uNOPOro7D4